With coronavirus and the climate emergency soaking up media attention, a third man-made crisis—plastic pollution—has largely drifted under the radar. But the publication of a new study on the make-up of ocean trash is a sharp reminder of this growing global threat.

Researchers at the University of Cádiz in Spain have revealed that 80% of ocean trash consists of plastics, while three quarters of ocean trash is made up of just 10 different items, the top eight of which are plastic. Incredibly, four common items comprise 44% of all trash found in the ocean.

The study, published in the journal Nature Sustainability, found that on average across all ocean environments, the top four items were plastic bags, making up 14% of plastic trash (with a margin of error of 8%); bottles, comprising 12%; plastic food containers and cutlery, which accounted for 9%; and wrappers, which also made up 9%.

Carmen Morales, a research fellow at the Marine Litter Lab at the University of Cádiz, told me: “We somehow expected that plastic would be the predominant material of marine litter, but it was shocking to find out that bags, bottles, food containers and cutlery together with wrappers account for almost half of the human-made objects on a global scale.”

Morales explained that a great deal of the previous understanding of how plastic trash entered the oceans had been based on conjecture, so the team set out to provide “a new, bottom-up diagnosis of the nature and origin of the waste accumulated in the global ocean.”

“The study has helped us understand which human activities are contributing the most to global litter, and where,” she said.

It is estimated that some 8.8 million tons of plastic waste end up in the oceans each year. As well as choking and killing ocean life, and causing billions of dollars in economic losses, plastics break down into tiny particles that enter the food chain, causing harms that are not yet understood. Microplastics have now been found in almost every conceivable food source, and evidence is emerging that microplastics can be linked to a rise in male infertility. 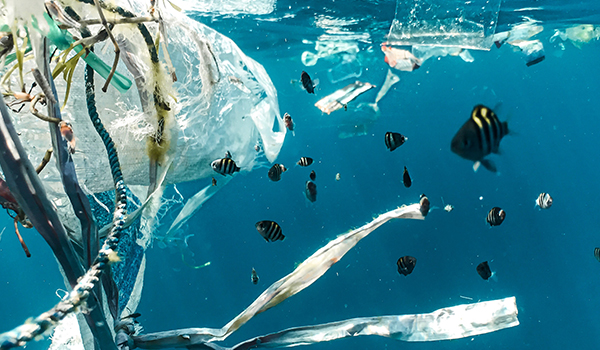 A report last year in the journal Science Advancesindicated that it is rich countries which generate the most plastic waste per person, with the U.S. and the U.K. topping the scale, while an earlier study found that, overall, China and Indonesia made the largest gross contribution to ocean plastic waste.

But many aspects of ocean plastic waste, such as the make up of marine litter, how it behaves once it enters the ocean, and how it accumulates in different ocean environments, were previously poorly understood. The study from Cádiz offers key insights that could help shape policies intended to curb plastic waste.

“Here we show that restrictions on the use of plastic items, such as straws, cotton buds and drink stirrers, while sound, do not address the core problem,” Morales said.

Instead, Morales and her co-authors recommended regulatory bans on single-use take-out plastic products, while for other items policies of “extended producer responsibility” should be introduced, whereby the producers of plastic items take on a large share of the responsibility for dealing with the waste their products end up as. These policies, the authors said, should be combined with deposit-refund schemes, whereby manufacturers and stores will take back plastic items once they’ve been used. 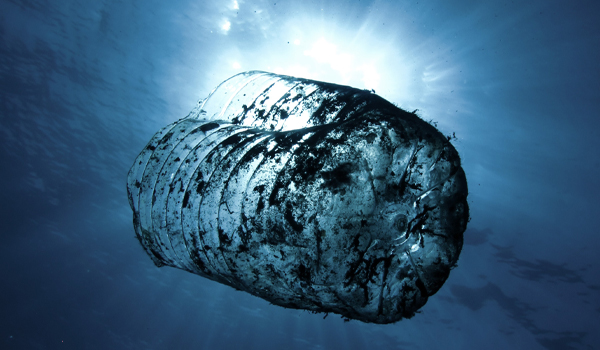 The Cádiz study is just one of three studies on ocean plastic waste newly published in Nature Sustainability. Another, from the Helmholtz-Zentrum Hereon research institute in Germany, compares innovative ways to monitor and clean up ocean plastic waste. And a third, also from Cádiz, offers vital new observations about how rivers introduce plastic trash into the ocean.

There is now widespread public concern about the threat of ocean plastic pollution. This week, the results of a survey of 15,000 people across 15 countries by the University of Exeter showed plastic pollution is considered by the public to be the number one marine-related threat. A majority of respondents in 14 European countries plus Australia said they thought plastic pollution was a greater cause for concern than oil spills, marine biodiversity loss or sea level rise.

Environmental and legal bodies agree that plastic waste is now a major crisis, with institutions such as the Center for International Environmental Law insisting that a global convention on plastics must be enshrined in order to tackle the challenge. Two thirds of UN member states support such a convention, but powerful countries—most notably the U.S.— have repeatedly declined to back a formal agreement to tackle the growing supply of and demand for plastics. In a recent Los Angeles Times opinion piece, Tim Grabiel of the Environmental Investigation Agency argued that big oil producers were effectively preventing concerted, global action to tackle plastics, and called on U.S. President Joe Biden to support a treaty at last week’s G7 summit.

But in the 14,000-word G7 communiqué released on Sunday, the word “plastic” appeared just twice, with only a vague hint concerning the possibility of a “potential new agreement or other instrument to address marine plastic litter.” Once again, world leaders find themselves entirely out of step with both the public and the science on a matter of grave global concern.

Today, much of institutional and fast casual dining – and virtually all takeout and delivery – …

Please remind your residents to register for this hands on session , where they will make fried rice …