At least eight new electric vehicle models will hit Australian shores in 2020, opening up further choice for drivers wanting to reduce private transport emissions or simply have the latest in automotive technology.

New models are slated to arrive in 2020 from Audi, Porsche, Volvo and Polestar, Mercedes-Benz, MG, Mini and a new player on the local scene, EV Automotive. It will see more electric vehicles (EVs) on local roads in a country that is still lagging behind the global shift to zero emissions transport.

This year has seen a big increase in the number of new passenger EVs available in Australia, including the Hyundai Kona Electric and the upgraded 38.3kWh Ioniq, the Tesla Model 3, and the 40kWh Nissan Leaf.

Australian drivers purchased just 2,216 electric vehicles in 2018 compared to 2,284 in 2017. But those numbers may have doubled in 2019 - thanks largely to the Tesla Model 3 which is believed to now number in the low thousands - and this means the local EV market is now on a significant upturn.

“It’s going to be a great year for consumers in the EV field because we’re seeing a lot of legacy makers bringing EVs to the Australian market,” CEO of the Electric Vehicle Council Behyad Jafari tells The Driven.

“It means people who are loyal to brands will see something they are familiar with.”

With no local car manufacturing industry to defy a clear transition to electric mobility led overseas by carbon reduction policies, the shift is inevitable in Australia also. (And if readership on The Driven website is anything to go by, with nearly 5 million page views for the year and more than two million visitors, there is plenty of interest).

“Every year the progress continues to fall in one direction, which is that the entire industry - car makers, energy providers and countries - are moving to electric vehicles and they’re starting to do it in Australia now too,” Jafari says.

The increase in awareness of electric vehicles is having another knock-on effect, namely that people are increasingly looking to EVs as the latest technology, not just a zero emissions form of transport. Many will be watching to see what, if anything, comes out of the federal government’s promised EV strategy, due in 2020.

“When you look at some of the brands that are coming, some people are saying ‘I want a high performance car because that’s the latest tech, and I don’t want to throw good money at old tech,” says Jafari.

“This is now moving towards a market of people saying they want the best vehicle and I know that’s an electric one.”

The broader Australian car market is in a 20 month decline, according to figures from the Federal Chamber of Automotive Industries (FCAI), reportedly due to low consumer confidence.

But Jafari backs up recent research from market analysis firm Roy Morgan, saying that at least in part this decline can be attributed to wanting to buy electric vehicles rather than buy old fossil-fuelled technology.

“We’ve certainly seen anecdotally that people are holding off waiting for something in their range,” Jafari says.

Without further ado, here is a rundown of electric vehicles to expect in 2020 in Australia (click through to our models pages for more info):

Already available in New Zealand, the Audi e-tron with 370 km real world driving range is Audi’s first model to officially enter the world of electric vehicles. A previously slated mid-2019 launch has been delayed and it is understood that the Audi e-tron is now expected to arrive in Australia in the second half of 2020.

Pricing for Australia has not yet been announced but NZ pricing starting at $NZ134,900 gives an indication that in true Audi style, this will sit in the premium end of the market. 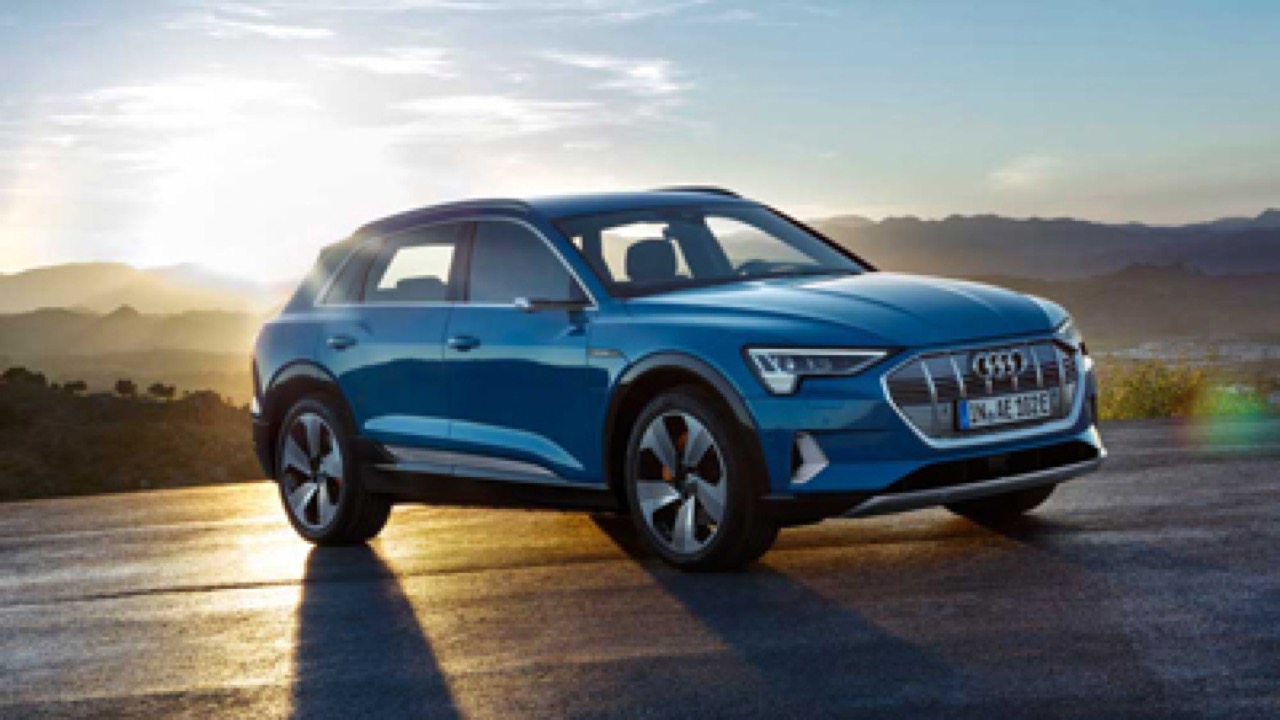 Porsche’s production version of its Mission E concept, the Porsche Taycan is a high-performance luxury all-electric sportscar that has copped some criticism for its disappointing 323km real world range according to figures released by the US-based EPA.

However, with its 800 volt electrical architecture giving it the ability to recharge in just 15 minutes, it will be the only model in Australia next year able to take full advantage of ultra-fast 350kWh chargers. It is expected to arrive in Australia by mid-2020, and in the US starts at $US150,900. 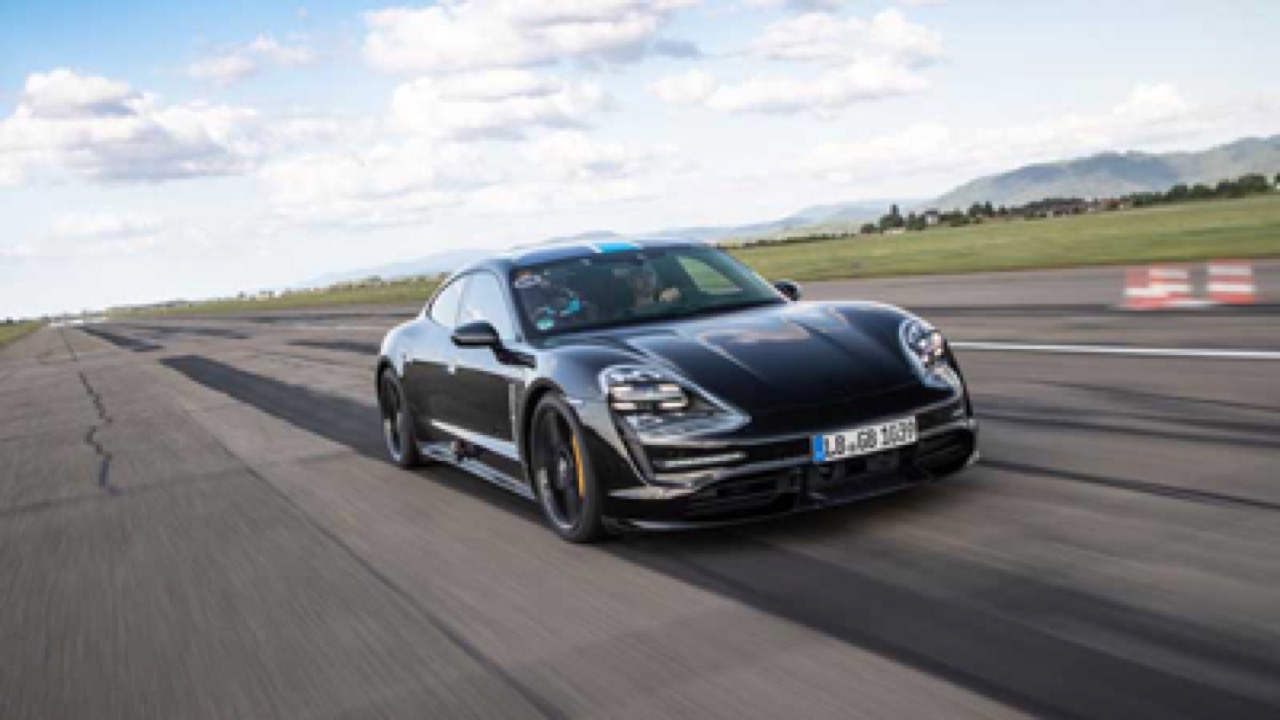 The Volvo XC40 is the Swedish-Chinese car brand’s first fully electric vehicle and will have a 78kWh battery that is expected to deliver more than 400km driving range.

Volvo Australia PR boss Greg Bosnich has said that it will arrive along with the Volvo T5 plug-in hybrid in “the later part of 2020”. Pricing has not yet been released but in the US is expected to go on sale starting at $US50,000 ($A72,590 converted).

The first all-electric car from Volvo’s offshoot Polestar, the Polestar 2 is may reach Australia in late 2020, says Volvo Australia managing director Nick Connor. It will also have a 78kWh battery but according to an optimistic Polestar will offer a range of up to 500km.

The Polestar 2 is expected to start in Europe at €40,000 ($A64,430 converted) and interestingly, may also be offered under a subscription model including connectivity and maintenance. 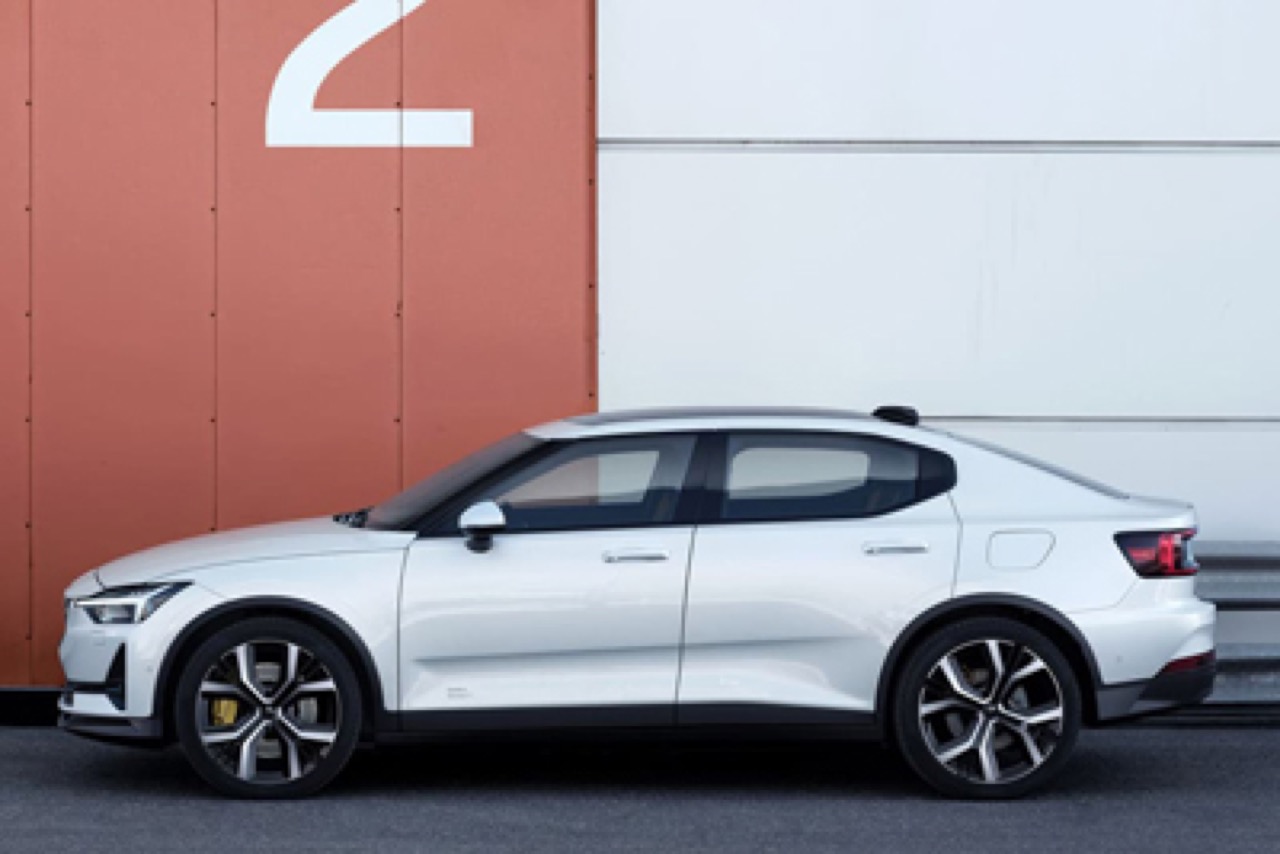 The first all-electric vehicle from Mercedes-Benz, the EQC 400 premium electric SUV has an 80kWh battery with 353km range (WLTP), and is will arrive in Australia in the first quarter of 2020. A first for Mercedes-Benz, it will available to buy online or through 9 select dealerships.

The first electric vehicle from MG to reach Australian shores, the MG ZS EV all-electric SUV is available for the first 100 orders from $46,990 driveway. Confirmed for Australia in November 2019, it is the third electric vehicle to be offered at under $50,000. 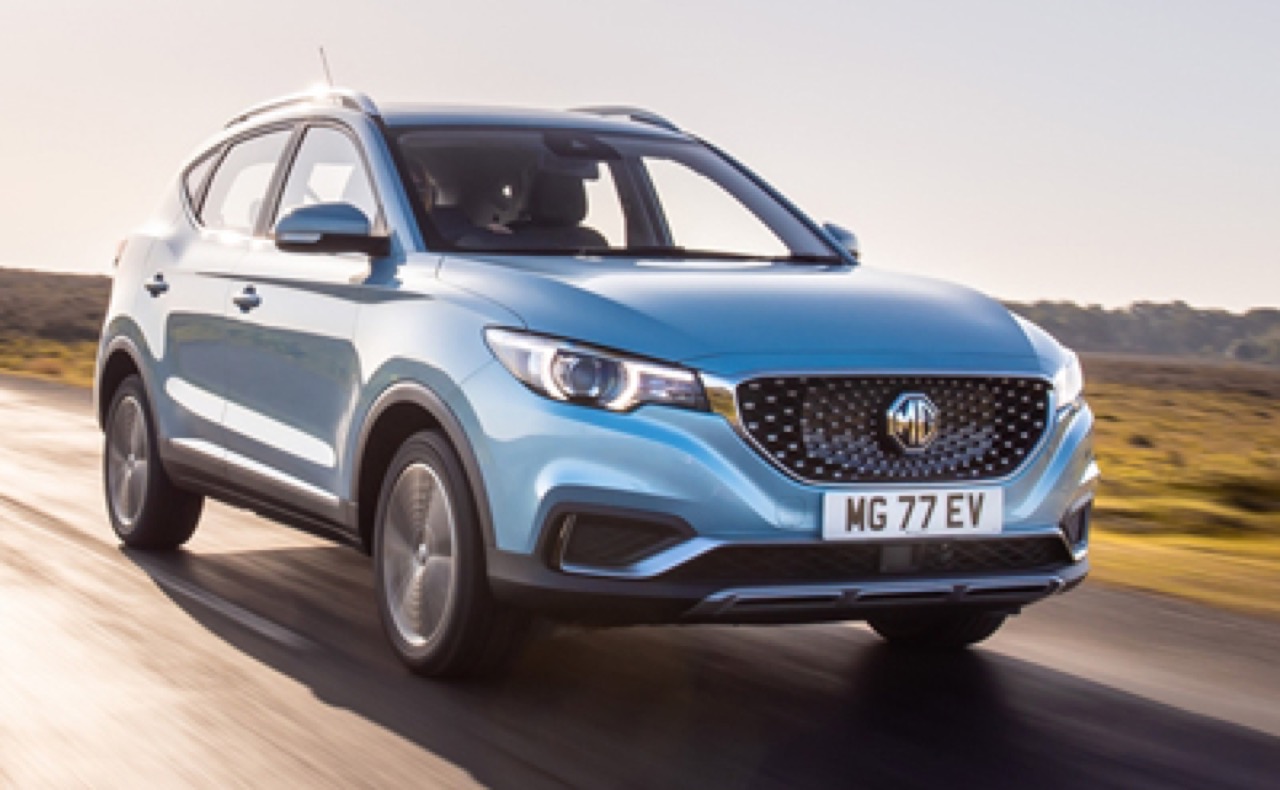 The all-electric Mini Cooper SE hatchback with up to 270km driving range has been confirmed for Australia in mid-2020, and starting at $US30,750 ($A44,642 converted) in the US it will compete with lower end electric vehicles in Australian such as the Nissan Leaf and the Hyundai Ioniq. 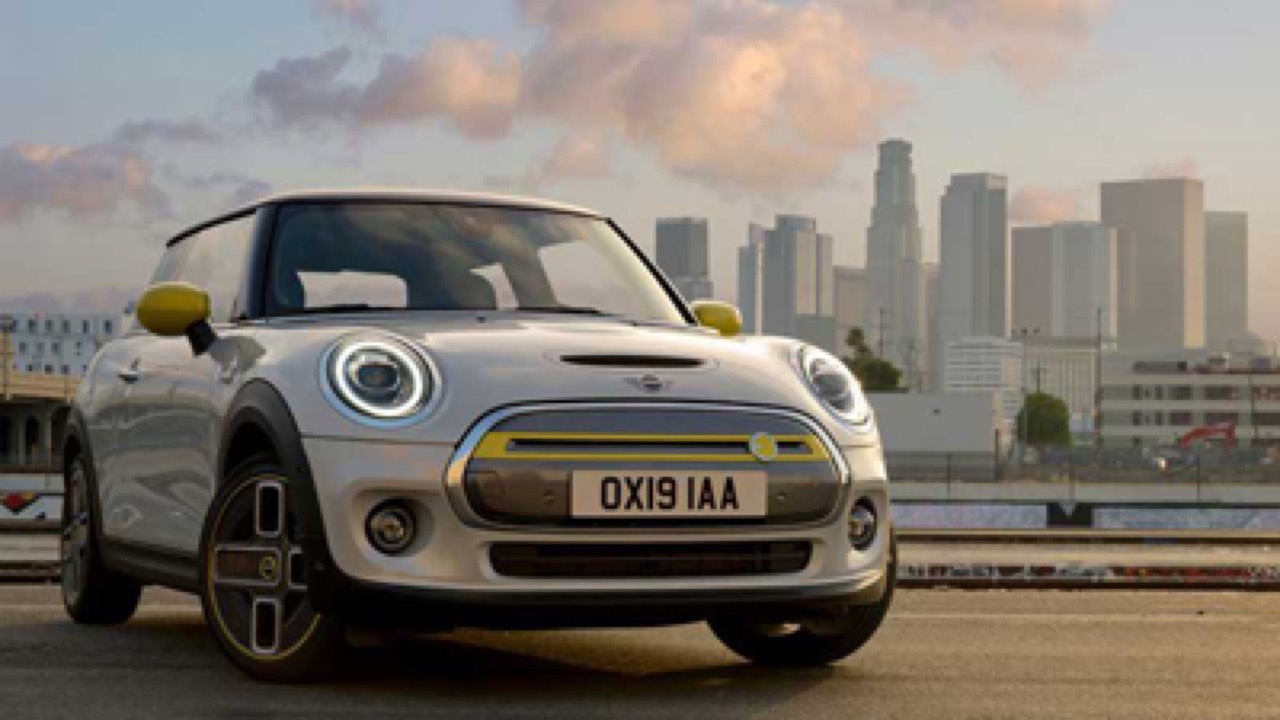 Newcomer to the auto market, Australian startup EV Automotive plans to import the Chinese-made Glory EV SUV in 2020 priced in the low to mid $60,000s.

With a 52.5kWh battery with 400km driving range it will be accompanied by a 1 tonne EC35 electric van with 270km range. 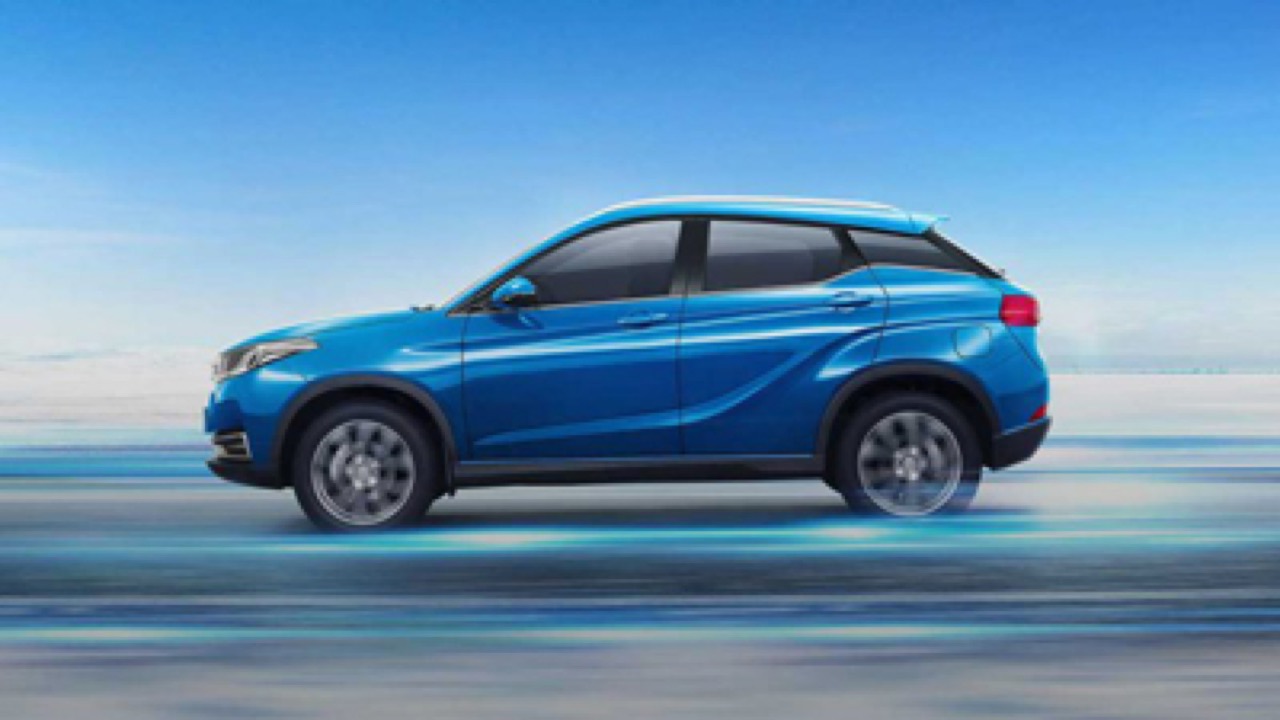 The next model from Californian car maker Tesla, it is not yet known if the Model Y will reach Australia in 2020 but given Tesla has already brought forward overseas production three months we think worth including here - even if just in case!

With 3/4 of its build based on that of the Model 3, consumers can expect it to be priced slightly higher than the Model 3 in Australia, and with slightly less driving range. 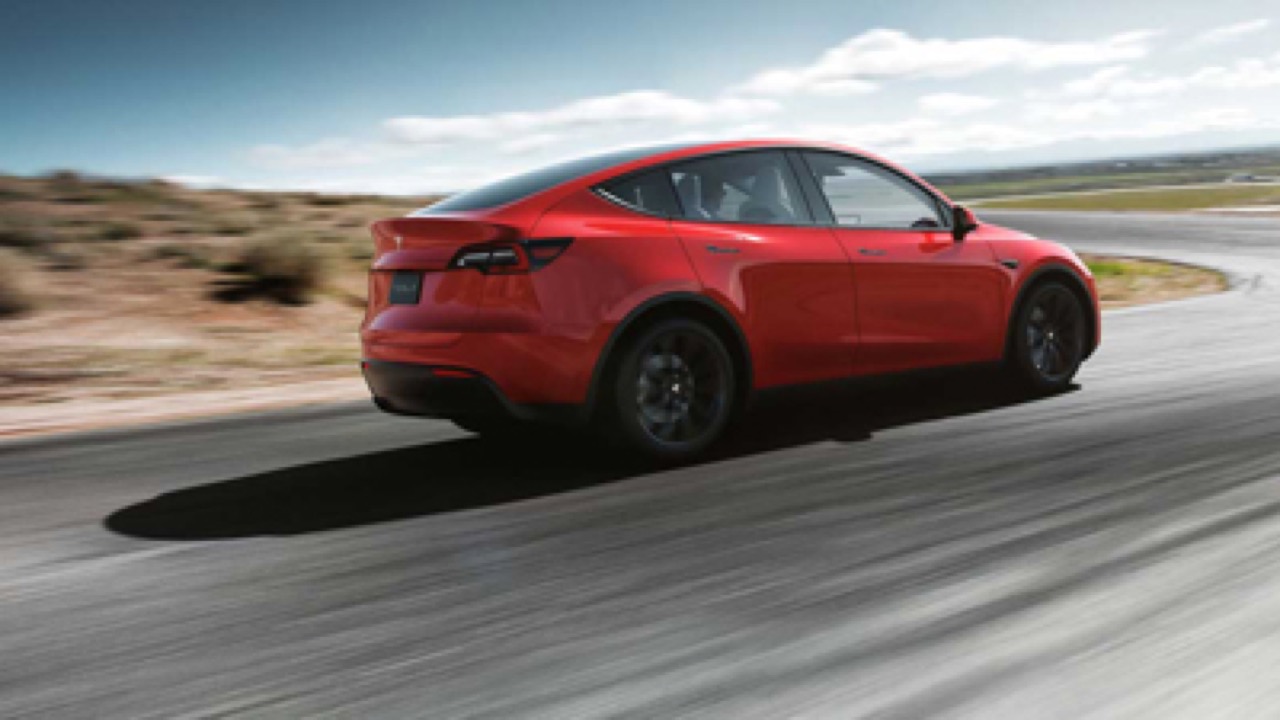 Bridie Schmidt is lead reporter for The Driven, sister site of Renew Economy. She specialises in writing about new technology, and has a keen interest in the role that zero emissions transport has to play in sustainability.

It’s been a stressful time for many normally enthusiastic gardeners to sustain their garden, …

Combining home solar, batteries and EVs will be better deal than solar alone by 2024

The lawn may not be growing as fast as in summer, but make the most of grass clippings by using as …

With self-sufficiency becoming the new norm, it’s no surprise that chickens are popping up in …